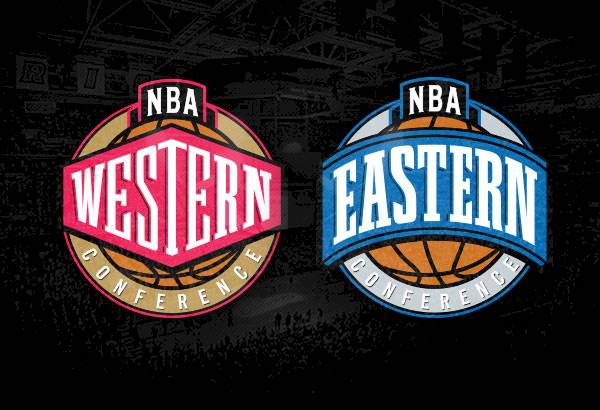 In terms of historically significant franchises, the East is ahead of the West by the landslide. The Celtics are the most successful franchise ever with 17 titles, the Bulls have one of the greatest dynasties ever as well as the NBA’s most iconic player, the Sixers have been in multiple finals, won titles, and have had great players, the Knicks (even though they’re a disaster) are relevant and recognizable while being located in the most populated city in the U.S., and even teams like the Pistons have a significant following and have had multiple successful eras and titles runs. But nowadays, it’s all about the Wild West. Jimmy Butler, Paul George, and Paul Millsap, all all-stars in the East, have all moved West, with only Gordon Hayward fleeing East in order to balance things out. Not only that, but Chris Paul is now in Houston, which further concentrates the powers in the conference and makes Houston a prime super-team candidate. Houston still might not be done, as Marc Spears reported that they’re working towards finishing a deal for trouble Knicks’ star Carmelo Anthony. Add it all up, and the imbalance of talent between East and West is almost laughable. This has sparked up all kinds of conversations. Should the NBA finally consider getting rid of conferences? Should they split up conferences in a different way besides East and West? Should stars try to go East to fill the power void? Will the added strength of the West beat up the Warriors before the Finals? All good questions that our worth covering. My main reaction is sympathy for those borderline all stars in the West who are never going to get the love they deserve. The conference is simply too loaded. I’m going to do my “way to early for next year” predictions for both all star teams and playoff seeds/standings.

See how tough this is. I personally think Klay is better than some of the guys I picked for the all-star team, but the rest of fans and coaches don’t like him as much as I do, and with having to sacrifice some stats while apart of the super team, he’ll just miss the cut. Actually, I think you could make a case that the cuts could make up a better all-star roster than the entire East. I mean, they’re so deep that Mike Conley doesn’t even get mentioned, and he was the same guy who was going back and forth against Kawhi Leonard in the first round. Well, here’s the Weast, I mean East.

Geez. Just by looking at the cutoffs, you can tell the difference in talent level between the conferences. I mean, most of those guys are unproven, second or third year players (even one rookie) who simply have shown a few sparks of talent. Kemba and Goran are solid point guards, but they’d probably be in the bottom half of all starters if they went West. I think Beal is better than Lowry at this point, but not enough people share that opinion in order for him to make the 12th roster spot. And for Haasaan Whiteside and Kyle Lowry, they only made it because there has to be 12 guys. whereas they wouldn’t even sniff the Western cutoffs. The whole East is just a mess. Now, just for kicks, I made two All-Star teams, but divided them up in a different way, as if the fans voted for the top 24 players, than they were simply taken in a fantasy draft by two celebrities/retired legends/TNT talk show guys.

Now, that list is not perfect, but it’s a whole lot better than it would be if we stuck to West and East. And just for the record, these are simply how I think things would shake out, not how I want them too. I think Gobert is superior to Cousins, but unfortunately Boogie has a bigger fan following and would get voted in. Another thought that came to my mind amidst this article was the possibility of the NBA splitting up conferences the way the NFL and MLB do. They split into conferences that have nothing to do with location and coasts, but with their league history and style of play. I went through the NBA conferences and split them up into what I call the NBL (National Basketball League) and the ABL (American Basketball League) as the two new conference dividers. I randomly picked teams and separated them, but I did try to keep historic/divisional playoff rivals in the same conference so that they could continue their playoff battles.

Once again, the list is not perfect. I admittedly state that upon looking at the All-Star lists that the NBL is a little more stacked and that they have a deeper and more talented list of cutoffs. However, it’s still more even than the current lineup and I think it creates just more interest and wackiness for us to enjoy. Just for kicks, I’ll show predictions for NBL and ABL Playoffs if we used them for next year.

I could get hype about some of those matches: A Thunder-Clippers battle of superb athletes, Beal and Wall taking on the Freak, the Cavs versus the Davis and Boogie tandem, Moreyball vs Grit-n-Grind, and a wacky Wolves vs Raptors series. This also sets us up for good late round match-ups like the Cavs needing to beat both the Rockets and the Spurs on the way to the Finals. Think of that! LeBron wouldn’t have a cakewalk to the Finals anymore. And the Warriors would have to battle either the Bucks or Wizards in the 2nd round: two teams that have given them trouble in recent years, and might even have to take on Angry Russ in the Conference Finals.

In conclusion, the NBA Free Agency has been very exciting, and the West will be awesome to watch, but historical junkies like me will ache knowing that weaker talent is getting recognized with All Star spots out East. Hopefully the NBA finds some way to fill the void.

3 thoughts on “NBA Free Agency: The West is the Best”