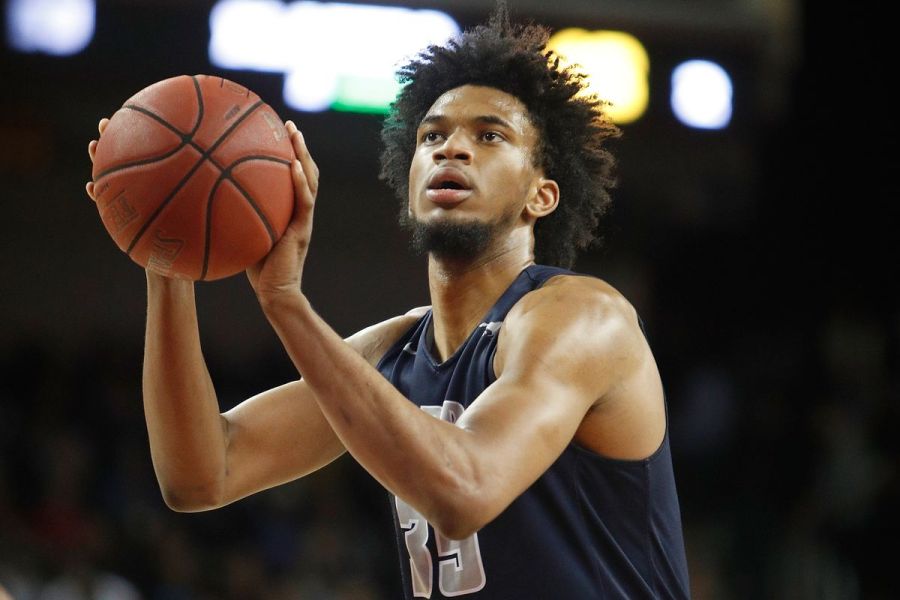 Just watched live as Bagley pulled a number 35 Duke jersey out of his wrapped bag, announced that he’ll forgo his high school senior season, and will alter the lives of NBA franchises and fans forever. Bagley is one of the most ballyhooed recruits in a long while, described as a lanky, skilled scorer like Kevin Durant, an athletic specimen like Anthony Davis, and the play style similar to Kevin Garnett. Bagley is now joining an already loaded draft class with standout prospects such as DeAndre Ayton, Mohammed Bamba, original number one Michael Porter, and international youngster phenom Luka Doncic. But no matter how great any of those guys are, nothing short of a Harry Giles-esque meltdown can convince any GM to draft one of them over Bagley. The hype is that real. While LaMelo and Zion may have more followers on Instagram and get more views on their highlight reels, Bagley is the one that scouts have had their eyes on. And while I do like college basketball and Duke is now the significant favorite, let’s get to the NBA. All Celtic fans are probably salivating at the idea of Bagley becoming the power forward to complete their super-team of the future (meanwhile any Nets’ fans are rinsing their eyes with bleach). Their is a chance he could end up with other tanking teams like Orlando, Atlanta, or Indiana, but those 3 sound pretty dull. More exciting options such as joining the New York Knick Circus, or lucking out to stay in L.A. and join Lonzo, LaVar, and the lakeshow are also in play. And while I’d be very upset if my Sixers don’t make the playoffs, the consolation of winning the Bagley lottery might just be worth it. In conclusion, I don’t usually like talking about high school athletes who are guaranteed “superstars”, as I only think playing at the college level can really reveal how good they are, but not even with my guy Ben Simmons have I seen this level of hype, and Bagley seems to have more of a serious, game-like approach to himself compared to other prospects that I really like. I’m glad I witnessed basketball history this night with the decision of Marvin Bagley III.

P.S. – Don’t forget to send in your best, wackiest, and most convoluted hypothetical NBA questions to me for my mailbag at danielolingerpersonal@gmail.com. Also, I might have a few posts relating to the NFL and College Football coming up because the NBA hasn’t had much going on right now and I am getting excited for my second favorite sport, football, starting again. That’s all for now.